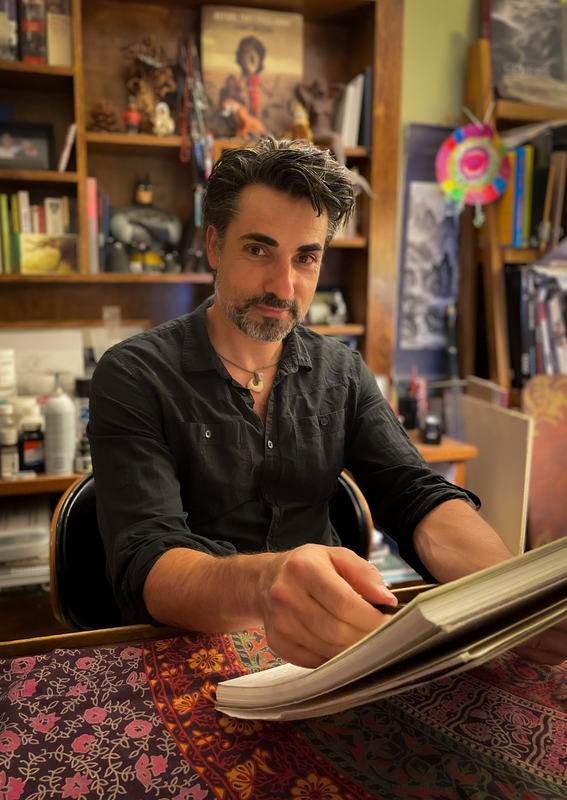 Christophe Lautrette is currently a Production Designer at Paramount Pictures, based in Los Angeles, California.  He was born in Paris, France and spent his early years in Toulouse, France, where he attended the school of applied arts at Jolimont, earning a Bachelor of Art.  Afterwards, he studied animation at Gobelins - L'École de l’Image, commonly regarded as the world’s best animation school.  There, Christophe earned his degree in animation and got hired by Disney immediately afterwards to work on A Goofy Movie.

In 1996, Christophe moved to the United States, and was hired by the newly formed DreamWorks SKG to work on their first full length animated film, The Prince of Egypt, as a layout artist.  That was the beginning of a 21 year career at DreamWorks, where his contributions include:

Christophe has also contributed to the following projects:

On the side, Christophe is a children’s book illustrator, live painter for music festivals, and is part of the Council for Lightbox Expo, founded by Bobby Chiu. He has also taught masterclasses around the World, in the US, London, Paris, Berlin, Dubai, Peru, and Canada, among others.